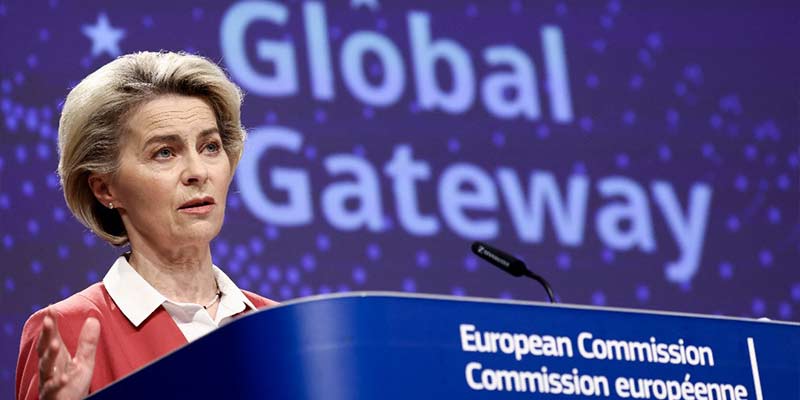 The European Commission unveiled a plan to invest €300 billion ($340 billion) globally by 2027 in infrastructure, digital and climate projects as a better alternative to China’s Belt and Road Initiative (BRI).

China launched its Belt and Road project in 2013 to boost trade links with the rest of the world and has been spending heavily on the development of infrastructure in dozens of countries around the world. 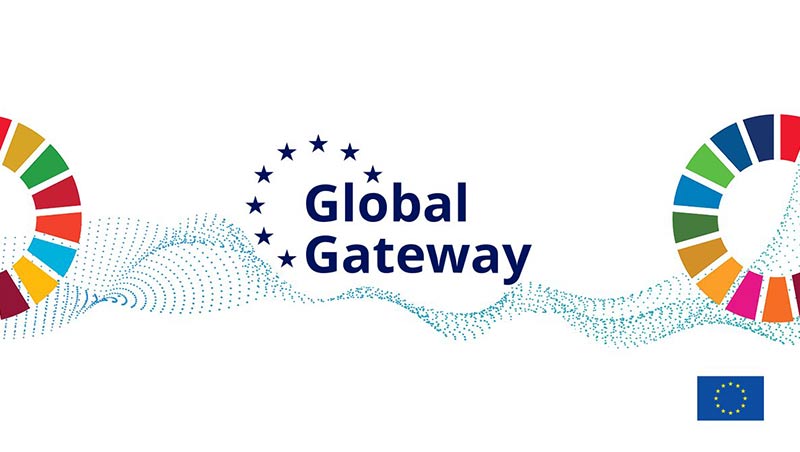 What is Global Gateway?

• The Global Gateway is the new European strategy to boost smart, clean and secure links in digital, energy and transport and strengthen health, education and research systems across the world.

• It aims for sustainable and trusted connections that work for people and the planet, to tackle the most pressing global challenges, from climate change and protecting the environment, to improving health security and boosting competitiveness and global supply chains.

• Global Gateway aims to mobilise up to €300 billion in investments between 2021 and 2027 to underpin a lasting global recovery, taking into account our partners needs and EU’s own interests.

• It is Europe’s offer for connecting the world with investments and partnerships. Countries need investment to create jobs, skills and better living conditions for people. 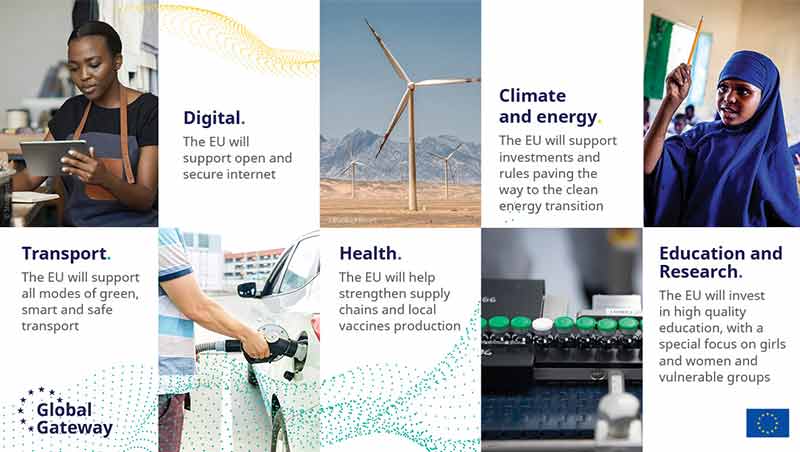 How will it be implemented?

• Through a Team Europe approach, Global Gateway will bring together the EU, Member States with their financial and development institutions, including the European Investment Bank (EIB), and the European Bank for Reconstruction and Development (EBRD) and seek to mobilise the private sector in order to leverage investments for a transformational impact.

• The EU delegations around the world, working with Team Europe on the ground, will play a key role to identify and coordinate Global Gateway projects in partner countries. 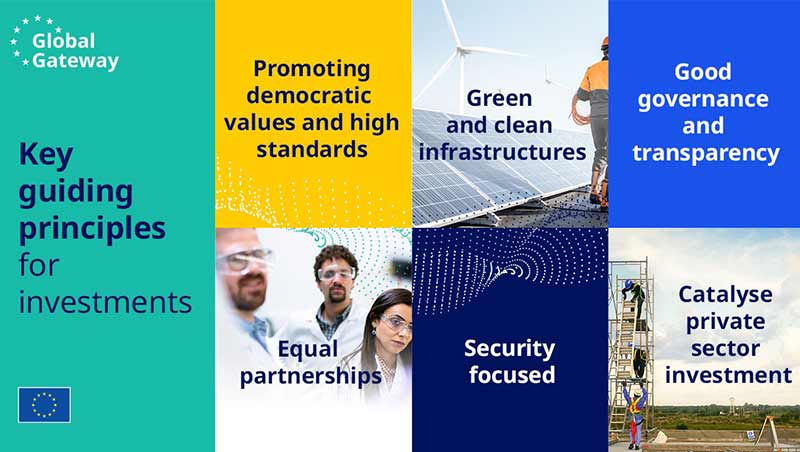 How will it be funded?

• Global Gateway draws on the new financial tools in the EU multi-annual financial framework 2021-2027 that allow the EU to leverage public and private investments in priority areas, including connectivity.

• The European Fund for Sustainable Development+ (EFSD+), the financial arm of Global Europe: Neighbourhood, Development and International Cooperation Instrument (NDICI) will make available up to €135 billion for guaranteed investments for infrastructure projects between 2021 and 2027 up to €18 billion will be made available in grant funding from the EU budget and European financial and development finance institutions have up to €145 billion in planned investment volumes.

• Further adding to its financial tool kit, the EU is exploring the possibility of establishing a European Export Credit Facility to complement the existing export credit arrangements at Member State level and increase the EU’s overall firepower in this area. The Facility would help ensure a greater level playing field for EU businesses in third country markets, where they increasingly have to compete with foreign competitors that receive large support from their governments, and thus facilitate their participation in infrastructure projects.

• Global Gateway and the US initiative Build Back Better World will mutually reinforce each other.

• Global Gateway builds on the achievements of the 2018 EU-Asia Connectivity Strategy, the recently concluded Connectivity Partnerships with Japan and India, as well as the Economic and Investment Plans for the Western Balkans, the Eastern Partnership, and the Southern Neighbourhood. 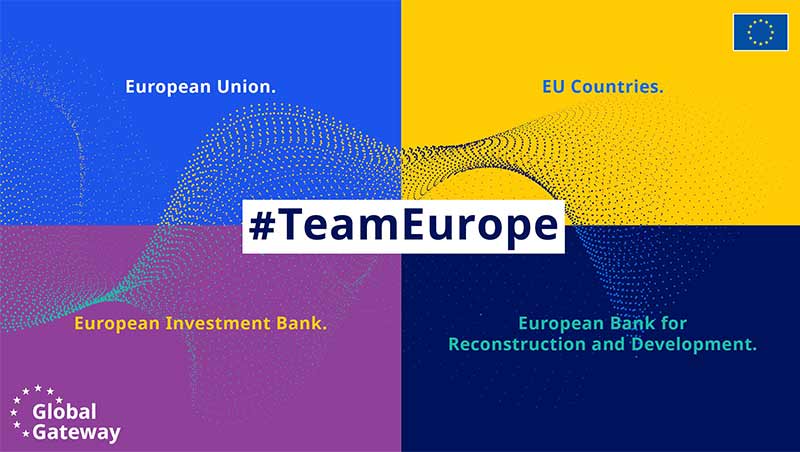 • When visiting Kazakhstan and Indonesia in September and October 2013, Chinese President Xi Jinping raised the initiative of jointly building the Silk Road Economic Belt and the 21st Century Maritime Silk Road, referred to as the Belt and Road Initiative (BRI).

• It aims to link Southeast Asia, Central Asia, the Gulf region, Africa and Europe with a network of land and sea routes.

• India has been boycotting the BRI to protest over the $60 billion CPEC being laid through the Pakistan-occupied Kashmir (PoK).

• China had invited India to take part in separate forums of the BRF, which India had boycotted.

• Indian government’s position on China’s ‘One Belt One Road’ (OBOR) or ‘Belt and Road Initiative’ (BRI) has been clear and consistent.

• According to the government, the inclusion of China-Pakistan Economic Corridor (CPEC), which passes through Pakistan-occupied Kashmir (PoK), as a flagship project of ‘OBOR/BRI’, reflects lack of appreciation of India’s concerns on the issue of sovereignty and territorial integrity.

• Government has conveyed to the Chinese side its concerns about their activities in PoK and asked them to cease these activities.

• Expansion and strengthening of connectivity is an integral part of India’s economic and diplomatic initiatives. At the same time, the government is of the firm belief that connectivity initiatives must be based on universally recognised international norms and must follow principles of openness, transparency and financial responsibility and must be pursued in a manner that respects sovereignty, equality and territorial integrity of nations.