Olaf Scholz takes over from Merkel as Germany’s new Chancellor 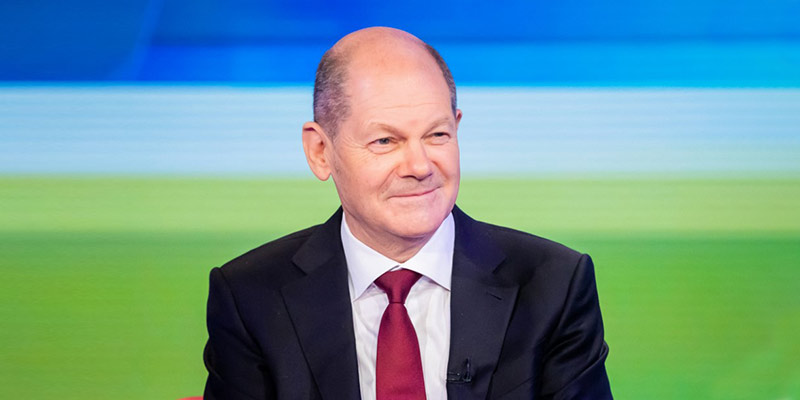 • Lawmakers voted by 395-303 to elect Scholz as Chancellor, with six abstentions. His three-party coalition holds 416 seats in the 736-seat lower house of parliament.

• Social Democrat Scholz will lead an unprecedented three-way ruling coalition on the federal level. Scholz’s government is dubbed as a traffic light coalition because of the the colours of the parties involved: the Social Democrats (red), the Free Democrats (yellow), and the Greens.

• After being formally nominated by President Frank-Walter Steinmeier in the nearby Bellevue Palace, Scholz returned to the historic Reichstag building in the heart of the German capital to take the oath of office in front of lawmakers and become Germany's ninth chancellor since the end of World War II.

• Scholz’s government takes office with high hopes of modernising Germany and combating climate change but faces the immediate challenge of handling the country’s toughest phase yet of the coronavirus pandemic.

• Scholz, 63, Germany’s vice chancellor and finance minister since 2018, brings a wealth of experience and discipline to an untried coalition of his centre-left Social Democrats, the environmentalist Greens and the pro-business Free Democrats. The three parties are portraying their uniting of former rivals as a progressive alliance that will bring new energy to the country after Merkel’s near-record time in office.

• Indian Prime Minister Narendra Modi congratulated Scholz on being elected as Chancellor and said he looks forward to working closely with him to further strengthen the India-Germany strategic partnership.

• Germany is governed under the Basic Law, which is the constitution.

• The President only holds a ceremonial role with limited reserve powers. For example, he or she can dissolve the Parliament if the Chancellor loses a motion of confidence and asks the President to do so.

• The Basic Law also enshrines the principle of the tripartition of powers into the executive, legislative and judicial branches.

• The executive power is vested in the Cabinet formed by the Chancellor and other ministers.

• The Bundestag is the national parliament of Germany. Its seat is the Reichstag Building in Berlin.

• The German Parliament is a bicameral legislature that consists of the elected Bundestag and the appointed Bundesrat (Upper House).

• To be elected as the Chancellor, the candidate has to obtain an absolute majority of votes in the Bundestag in order to receive the formal appointment from the President.

• The Bundestag is elected for a four-year term.

• Voters cast their ballots at polling stations using official ballot papers. Voting machines are no longer used in Germany since the Federal Constitutional Court ruled on March 3, 2009 that the Federal Ordinance on Voting Machines was unconstitutional.

• Voters cast two votes: the first for their representative in one of the 299 districts, the second for the party they want in parliament.

• All elected district candidates take a seat in parliament. At least 299 more seats are available to ensure that regardless of how many district representatives a party has, the overall balance in parliament reflects the distribution of second votes.

• The system starts to get complicated when Germans split their votes, meaning they vote for a candidate from one party in the first vote and for a different political party in their second vote.

• That can throw off the balance of seats in parliament so that one party is more strongly represented than they should be based on the results of the proportionate second votes.

• So, they created “overhang” and “balance seats”. Those are extra seats in the Bundestag that ensure every candidate who was directly elected gets a seat while political parties are still proportionally represented based on the number of votes they received.

• At present there are 736 members in the Bundestag.

• The distribution of seats in the Bundestag is proportional to the numbers of votes cast for the various parties. Seats are allocated first to the candidates who won the most first votes in the constituencies, before the remaining seats are allocated to the candidates on the party list in the states concerned, in the order in which they are listed.

The Bundesrat (Upper House) is made up of 69 members appointed by 16 state governments. The states are called Länder. The number of seats for each state is based on the population size of a state, ranging from three to six seats. 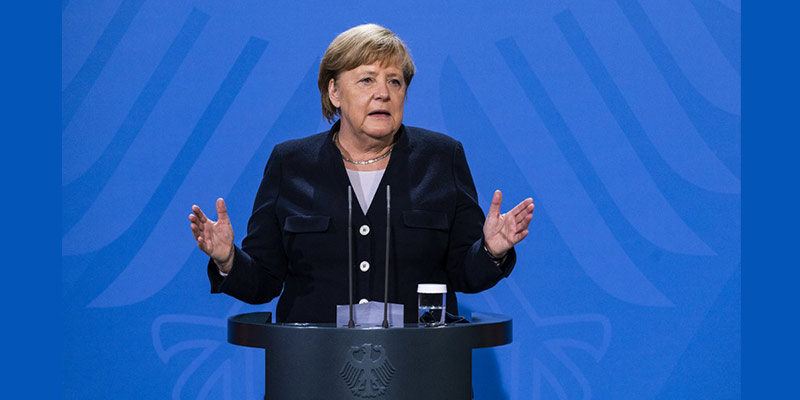 Merkel bows out after 16 years

• Angela Merkel was assured of a place in the history books as soon as she became Germany’s first female chancellor on November 22, 2005.

• Over the next 16 years, she was credited with raising Germany’s profile and influence, working to hold a fractious European Union together, managing a string of crises and being a role model for women.

• She served alongside four US Presidents, four French Presidents, five British Prime Ministers and eight Italian Premiers. Her chancellorship was marked by four major challenges: the global financial crisis, Europe’s debt crisis, the 2015-16 influx of refugees to Europe and the coronavirus pandemic. 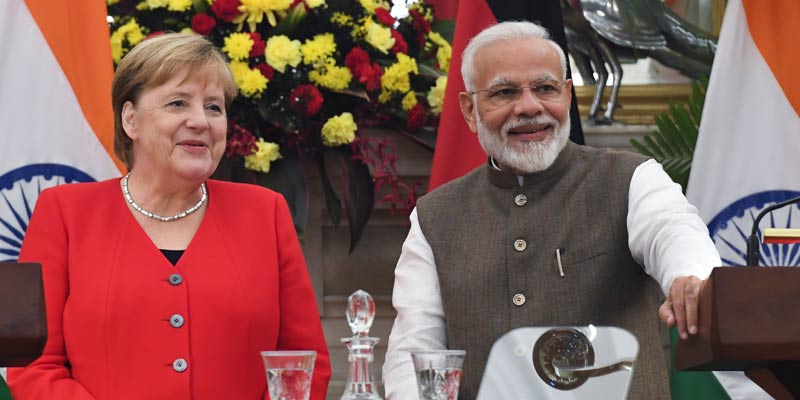 • The relationship, based on common values of democracy and rule of law, has strengthened significantly in the 1990s following India’s economic liberalisation and the end of the Cold War.

• Today, Germany is amongst India’s most important partners both bilaterally and in the global context.

• India and Germany have a ‘Strategic Partnership’ since 2001, which has been further strengthened with the Inter-Governmental Consultations (IGC) at the level of head of governments (German Chancellor and PM) which allows for a comprehensive review of cooperation and identification of new areas of engagement. India is amongst a select group of countries with which Germany has such a high-level consultations.

• Some states and cities of India and Germany have entered into twinning arrangements. Karnataka and Bavaria have a sister state arrangement since 2007. Mumbai and Stuttgart have been sister cities since 1968. In January 2015, Maharashtra and Baden-Wurttemberg signed an MoU to establish a sister state relationship.

• Germany is one of the largest foreign direct investors in India.