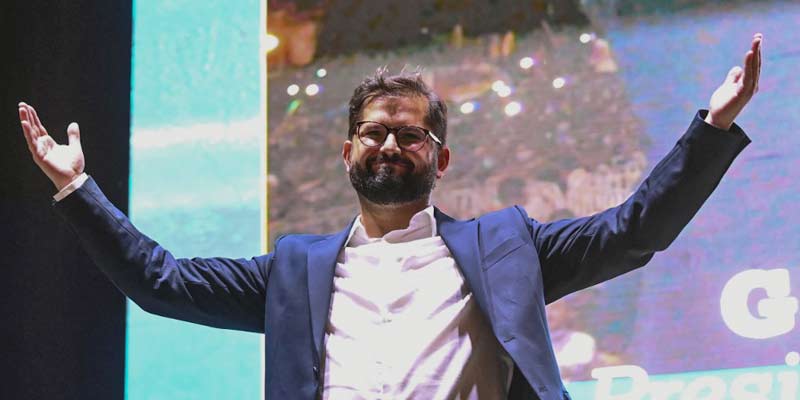 Leftist former student leader Gabriel Boric, 35, will become the new President of Chile. With 56 per cent of the votes, Boric defeated his opponent, far right lawmaker Jose Antonio Kast, by more than 10 points.

Outgoing President Sebastian Pinera held a video conference with Boric to offer his government’s full support during the three-month transition. That will follow a runoff that saw 1.2 million more Chileans cast ballots than in the first round and raise turnout to nearly 56 per cent.

The rise of Gabriel Boric

A native of Punta Arenas, in Chile’s far south, Boric as a student led the Federation of Students at the University of Chile in Santiago. He rose to prominence leading protests in 2011 demanding improved and cheaper education.

By 2014, still in his 20s, he had joined the national Congress as a lower-house lawmaker, representing Chile’s vast and sparsely populated southernmost region of Magallanes.

Although a known face of the Left in Chile, Boric was initially a dark-horse candidate for the presidency. He just reached the threshold of 35,000 signatures needed to be a candidate. But then he beat out the popular Santiago-region mayor, Daniel Jadue, of the Communist Party, to lead the leftist alliance.

Boric spent months traversing up and down Chile vowing to bring a youth-led form of inclusive government to attack nagging poverty and inequality that he said are the unacceptable underbelly of a free market model imposed decades ago by the dictatorship of Gen Augusto Pinochet. 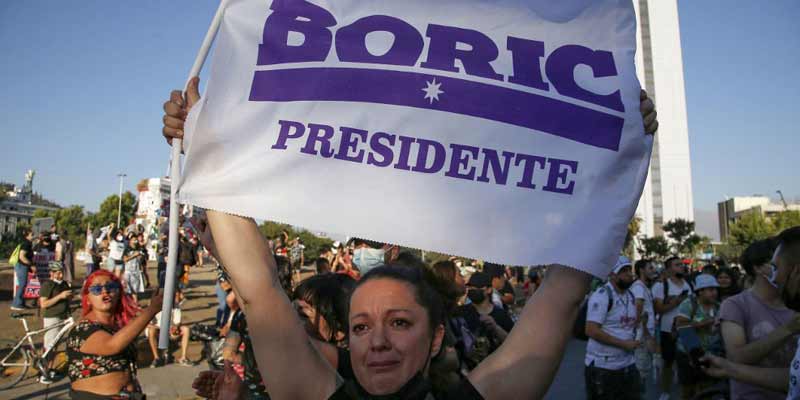 At age 35, Boric will become Chile’s youngest modern president when he takes office in March and only the second millennial to lead in Latin America, after El Salvador’s Nayib Bukele. Only one other head of state, Giacomo Simoncini of the city-state San Marino in Europe, is younger.

The victory of Boric comes in the wake of the recent election of leftist candidates Xiomara Castro in Honduras in November and Pedro Castillo in Peru in June this year. Leftist candidate Lula is already leading in the opinion polls for the Brazilian presidential elections to be held in October next year.

The new government is likely to be closely watched throughout Latin America, where Chile has long been a harbinger of regional trends.

It was the first country in Latin America to break with US dominance during the Cold War and pursue socialism with the election of Salvador Allende in 1970. It then reversed course a few years later when Pinochet’s coup ushered in a period of right-wing military rule that quickly launched a free market experiment throughout the region.

Boric will be the most left-wing president of Chile since Salvador Allende, who was overthrown in 1973 by general Pinochet.

Boric’s ambitious goal is to introduce a European-style social democracy that would expand economic and political rights to attack nagging inequality without veering toward the authoritarianism embraced by so much of the left in Latin America, from Cuba to Venezuela. It’s a task made more urgent by the coronavirus pandemic, which sped up the reversal of a decade of economic gains.

Boric was able to prevail by expanding beyond his base in the capital, Santiago, and attracting voters in rural areas. 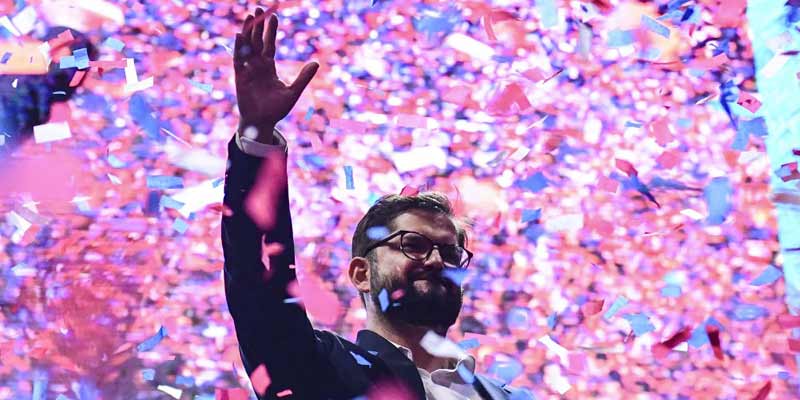 Since 1956, there has been a significant flow of official visits by authorities from both countries.

One of the most important milestones in the relations took place with the official visit of President Ricardo Lagos to India in January 2005. This visit was the first official visit by a Chilean President to India. On that occasion,  various agreements were signed, covering a wide range of economic and agricultural issues.

One was the Economic Cooperation Framework Agreement through which both sides expressed their intention to deepen their economic relations. In this context, the negotiations to sign a ‘Partial Scope Trade Agreement’ began. This agreement was signed in 2006 and entered into force in 2007.

In another area of cooperation, in August 2019 a Memorandum of Understanding was signed between the National State Supply Center of Chile (CENABAST) and the Indian State Trade Corporation (STC), with the aim of advancing in the acquisition, by Chile, of generic medicines from India.

In October 2020, the first India-Chile Joint Commission Meeting was held in virtual mode with Minister of External Affairs S. Jaishankar and Andrés Allamand, Foreign Minister of Chile as co-chairs.

A new dimension was added to the bilateral ties with India’s acceptance of a proposal by Chile to open a Consulate in Mumbai.

In March this year, a meeting was held for the first time between the defence ministries of both countries, which sought to explore the cooperation possibilities of the respective defence industries.

In 2020, bilateral trade between both countries reached $1.5 billion.

India’s exports to Chile had been growing steadily since 2009, with the exception of a slight decrease in 2014, when a new carbon tax on diesel vehicles in Chile adversely affected motor vehicle exports from India, but this sector has seen a big recovery. The expanded Preferential Trade Agreement began implementation in May 2017 and since then India’s exports to Chile have increased.

Bilateral relations between India and Chile continue to grow and strengthen with interactions and cooperation in multilateral fora.