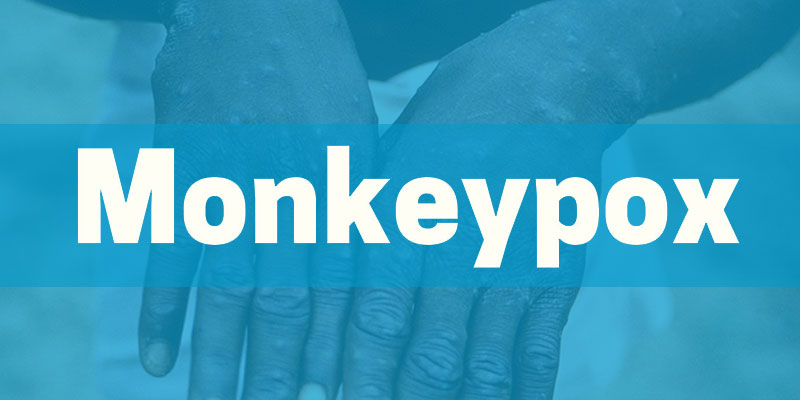 • The WHO label - a ‘public health emergency of international concern’ (PHEIC) - is designed to trigger a coordinated international response and could unlock funding to collaborate on sharing vaccines and treatments.

• WHO Director-General Tedros Adhanom Ghebreyesus said a month ago, he had convened the Emergency Committee under the International Health Regulations (IHR) to assess whether the multi-country monkeypox outbreak represented a public health emergency of international concern (PHEIC). At the time, 3,040 cases of monkeypox had been reported to the WHO from 47 countries.

• Since then, the outbreak has continued to grow, and there are now more than 16,000 reported cases from 75 countries and territories, and five deaths reported.

• Although monkeypox has been established in parts of central and west Africa for decades, it was not known to spark large outbreaks beyond the continent or to spread widely among people until May, when authorities detected dozens of epidemics in Europe, North America and elsewhere.

• The emergency declaration mostly serves as a plea to draw more global resources and attention to an outbreak.

What are the International Health Regulations (IHR)?

• The International Health Regulations (2005) represents a binding international legal agreement involving 196 countries across the globe, including all the Member States of WHO. Their aim is to help the international community prevent and respond to acute public health risks that have the potential to cross borders and threaten people worldwide.

• The purpose and scope of the IHR (2005) is to prevent, protect against, control and provide a public health response to the international spread of disease in ways that are commensurate with and restricted to public health risks, and which avoid unnecessary interference with international traffic and trade.

• Members of an IHR Emergency Committee are drawn from the IHR Experts Roster, established by the Director-General, and, where appropriate, from other WHO expert advisory panels.

• The Emergency Committee provides technical advice to the WHO Director-General in the context of a ‘public health emergency of international concern’ (PHEIC).

A PHEIC is defined in the IHR (2005) as, “an extraordinary event which is determined to constitute a public health risk to other States through the international spread of disease and to potentially require a coordinated international response”.

This definition implies a situation that is:

i) Serious, sudden, unusual or unexpected.

WHO has to consider five elements to decide whether an outbreak constitutes a public health emergency of international concern.

1) Information provided by countries – which in this case shows that the virus has spread rapidly to many countries that have not seen it before.

3) The advice of the Emergency Committee — which did not reach a consensus.

4) Scientific principles, evidence and other relevant information – which are currently insufficient.

In order to fight the monkeypox outbreak, WHO recommends countries to:

• Strengthen clinical management and infection prevention and control in hospitals and clinics.

• Accelerate research into the use of vaccines, therapeutics and other tools.