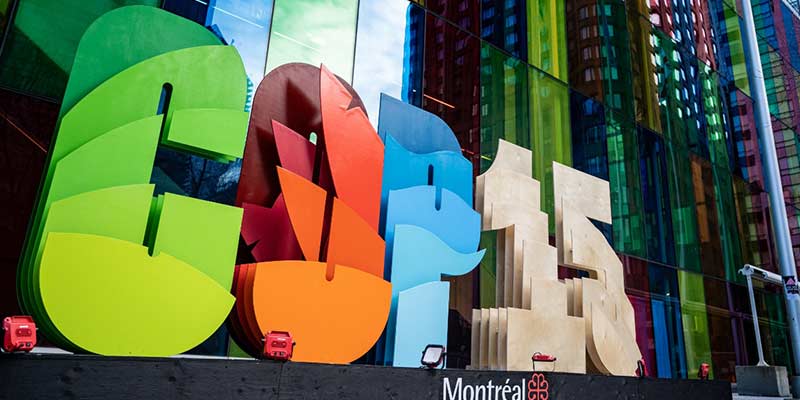 • The 15th Conference of Parties (COP15) to the UN Convention on Biological Diversity (CBD) adopted the ‘Kunming-Montreal Global Biodiversity Framework’ (GBF), including four goals and 23 targets for achievement by 2030.

• Chaired by China and hosted by Canada, COP15 concluded on December 19 with a landmark agreement to guide global action on nature through to 2030.

• The COP15 was originally scheduled to take place from October 15-28, 2020, in Kunming, China, but was postponed several times as a result of the COVID-19 pandemic. COP15 then took place in two parts. Phase one took place virtually in Kunming, from October 11-15, 2021 and included a High-Level Segment from October 12-13. Phase two was held in Montreal, Canada, from December 7-19.

• The deal is being compared by many to the landmark plan to limit global warming to 1.5°C under the Paris Agreement.

• Experts say it will now be essential that countries deliver on the Kunming-Montreal Agreement. This includes translating it into ambitious national plans and policies commensurate with the scale of the nature crisis.

The global targets for 2030 include:

• Effective conservation and management of at least 30 per cent of the world’s lands, inland waters, coastal areas and oceans, with emphasis on areas of particular importance for biodiversity and ecosystem functioning and services. The GBF prioritises ecologically-representative, well-connected and equitably-governed systems of protected areas and other effective area-based conservation, recognising indigenous and traditional territories and practices. Currently 17 per cent and 10 per cent of the world’s terrestrial and marine areas respectively are under protection.

• Have restoration completed or underway on at least 30 per cent of degraded terrestrial, inland waters, and coastal and marine ecosystems.

• Reduce to near zero the loss of areas of high biodiversity importance, including ecosystems of high ecological integrity.

• Cut global food waste in half and significantly reduce over consumption and waste generation.

• Reduce by half both excess nutrients and the overall risk posed by pesticides and highly hazardous chemicals.

• Progressively phase out or reform by 2030 subsidies that harm biodiversity by at least $500 billion per year, while scaling up positive incentives for biodiversity’s conservation and sustainable use.

• Mobilise by 2030 at least $200 billion per year in domestic and international biodiversity-related funding from all sources – public and private.

• Require large and transnational companies and financial institutions to monitor, assess, and transparently disclose their risks, dependencies and impacts on biodiversity through their operations, supply and value chains and portfolios. 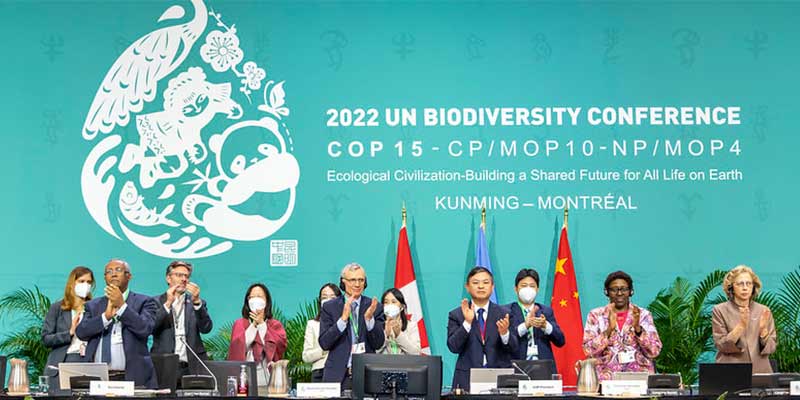 The GBF consists of four overarching global goals to protect nature. They are:

ii) Sustainable use and management of biodiversity to ensure that nature’s contributions to people are valued, maintained and enhanced.

• In addition to the GBF, the meeting approved a series of related agreements on its implementation, including planning, monitoring, reporting and review, resource mobilisation, helping nations to build their capacity to meet the obligations, and digital sequence information on genetic resources.

• For example, The Global Environment Facility was requested to establish, as soon as possible, a Special Trust Fund to support the implementation of the Global Biodiversity Framework (GBF Fund). The fund would complement existing support and scale up financing to ensure the timely implementation of the GBF with adequate, predictable and timely flow of funds.

• Digital sequence information on genetic resources — a dominant topic at COP15 — has many commercial and non-commercial applications, including pharmaceutical product development, improved crop breeding, taxonomy, and the monitoring of invasive species.

• COP15 delegates agreed to establish within the GBF a multilateral fund for the equitable sharing of benefits between providers and users of DSI, to be finalised at COP16 in Turkey in 2024.

• The agreement also obligates countries to monitor and report every five years or less on a large set of “headlines” and other indicators related to progress against the GBF’s goals and targets.

• Headline indicators include the percent of land and seas effective conserved, the number of companies disclosing their impacts and dependencies on biodiversity,and many others.

• The CBD will combine national information submitted by late February 2026 and late June 2029 into global trend and progress reports.

• The Earth’s biological resources are vital to our economic and social development but human activities are taking a toll on many animal and plant species. A legal framework exists for countries all over the world to protect biodiversity together: the Convention on Biological Diversity.

• The Convention on Biological Diversity (CBD) is the international legal instrument for “the conservation of biological diversity, the sustainable use of its components and the fair and equitable sharing of the benefits arising out of the utilisation of genetic resources” that has been ratified by 196 nations.

• The United States has not ratified the convention.

• With 196 Parties, the CBD has near universal participation among countries.

• Its overall objective is to encourage actions, which will lead to a sustainable future.

• The Convention on Biological Diversity covers biodiversity at all levels: ecosystems, species and genetic resources.

• It also covers biotechnology, including through the Cartagena Protocol on Biosafety.

• In fact, it covers all possible domains that are directly or indirectly related to biodiversity and its role in development, ranging from science, politics and education to agriculture, business, culture and much more.

• The CBD’s governing body is the Conference of the Parties (COP). This ultimate authority of all governments (or Parties) that have ratified the treaty meets every two years to review progress, set priorities and commit to work plans.

• The Secretariat of the Convention on Biological Diversity (SCBD) is based in Montreal, Canada. Its main function is to assist governments in the implementation of the CBD and its programmes of work, to organise meetings, draft documents, and coordinate with other international organisations and collect and spread information. The Executive Secretary is the head of the Secretariat.

• The Cartagena Protocol on Biosafety and the Nagoya Protocol on Access and Benefit-Sharing are supplementary agreements to the CBD.

• On January 29, 2000, the Conference of the Parties to the CBD adopted a supplementary agreement to the Convention known as the Cartagena Protocol on Biosafety. It is an international agreement which aims to ensure the safe handling, transport and use of living modified organisms (LMOs) resulting from modern biotechnology that may have adverse effects on biological diversity, taking also into account risks to human health.

• The Nagoya Protocol on Access to Genetic Resources and the Fair and Equitable Sharing of Benefits Arising from their Utilization (ABS) to the Convention on Biological Diversity is a supplementary agreement to the Convention on Biological Diversity. It is an international agreement which aims at sharing the benefits arising from the utilisation of genetic resources in a fair and equitable way. It entered into force on October 12, 2014.