What are the three new farm laws that will be repealed? 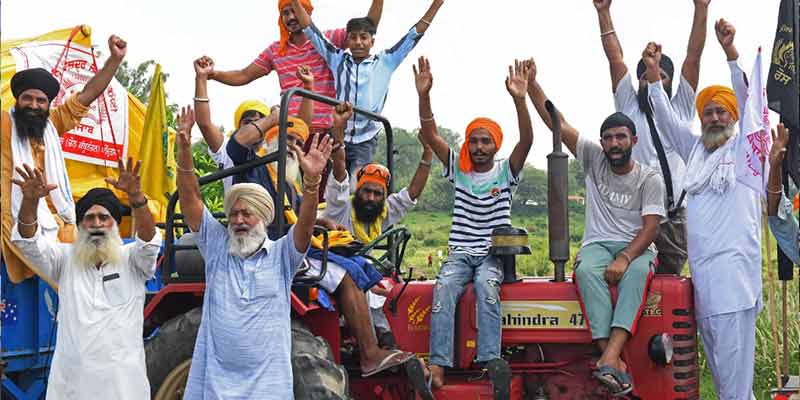 Prime Minister Narendra Modi announced that the government has decided to repeal the three farm laws, which were at the centre of protests by farmers for the past year.

In an address to the nation, Modi said the government would initiate the legal procedure to repeal the farm laws in the coming Winter Session of Parliament.

Thousands of farmers, mostly from Haryana and Punjab, have been protesting at several border points of Delhi since November last year, demanding a repeal of the three laws and a legal guarantee to the minimum support price (MSP) system for their crops.

What were the new agri sector laws?

• Enacted in September last year, the three laws have been projected by the Centre as major reforms in the agriculture sector that will remove middlemen and allow farmers to sell their produce anywhere in the country.

The three new laws are:

• However, the protesting farmers have expressed their apprehension that the new laws would pave the way for eliminating the safety cushion of the MSP and do away with the ‘mandi’ (wholesale market) system, leaving them at the mercy of big corporates. 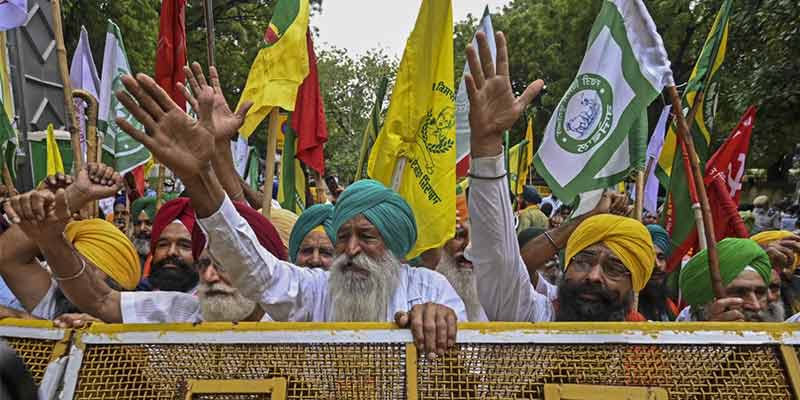 The key provisions of the new laws

1) The Farmers’ Produce Trade and Commerce (Promotion and Facilitation) Act, 2020

• According to the government, the new legislation aims to create an ecosystem where the farmers and traders will enjoy freedom of choice of sale and purchase of agri-produce.

• It will promote barrier-free inter-state and intra-state trade and commerce outside the physical premises of markets notified under State Agricultural Produce Marketing legislations.

• The farmers will not be charged any cess or levy for sale of their produce and will not have to bear transport costs.

• It also proposes an electronic trading in transaction platform for ensuring a seamless trade electronically. In addition to mandis, freedom to do trading at farmgate, cold storage, warehouse, processing units, etc.

• Farmers will be able to engage in direct marketing, thereby eliminating intermediaries resulting in full realisation of price.

2) The Farmers (Empowerment and Protection) Agreement of Price Assurance and Farm Services Act, 2020

• In case of higher market price, farmers will be entitled to this price over and above the minimum price.

• It will transfer the risk of market unpredictability from the farmer to the sponsor. Due to prior price determination, farmers will be shielded from the rise and fall of market prices.

• It will also enable the farmer to access modern technology, better seed and other inputs. It will reduce the cost of marketing and improve income of farmers.

• Effective dispute resolution mechanism has been provided for with clear timelines for redressal.

• Impetus to research and new technology in the agriculture sector.

• The Essential Commodities Act, which was passed in 1955, controls the production, supply and distribution of, and trade and commerce in, certain goods which are treated as essential commodities.

• Under the Act, the powers to implement the provisions of the Act are delegated to the states. When the price of any of these essential commodities rises, the regulator can impose stock holding limits on the commodity, restrict movement of goods and mandate compulsory purchases under the system of levy.

• Essential Commodities (Amendment) Act, 2020 has provisions to remove commodities like cereals, pulses, oilseeds, edible oils, onion and potatoes from the list of essential commodities. It provides for the regulation of food items only under exceptional circumstances like national calamities, famine with a surge in prices. Also, processors and value chain participants are exempted from the stock limit.

What are the three new farm laws that will be repealed?
COPY LINK