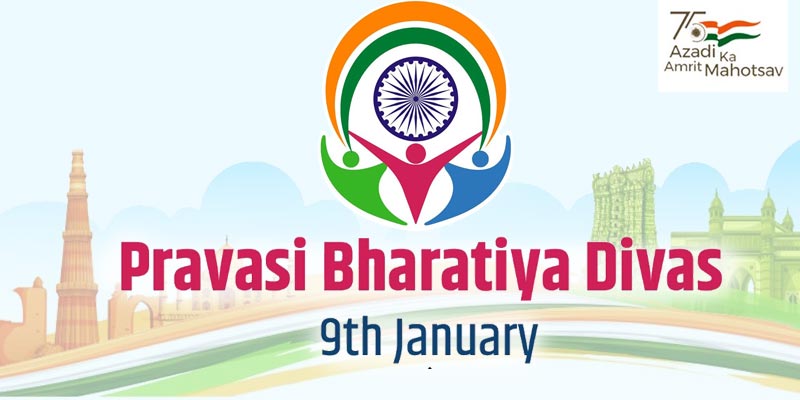 The Pravasi Bharatiya Divas (PBD) is celebrated on January 9 to recognise the contribution of the overseas Indian community towards the growth and development of India.

January 9 was chosen for PBD as it was on this day in 1915 that Mahatma Gandhi returned to India from South Africa and led its freedom struggle.

Theme-based PBD Conferences are held once every two years with participation from overseas diaspora experts, policy makers and stakeholders. These conventions provide a platform to the overseas Indian community to engage with the government and people of the land of their ancestors for mutually beneficial activities. These conventions are also very useful in networking among the overseas Indian community residing in various parts of the world and enable them to share their experiences in various fields.

During the convention, selected overseas Indians are honoured with prestigious Pravasi Bharatiya Samman Awards, to recognise their contribution in various fields both in India and abroad.

• The Indian diaspora, one of the most vibrant and dynamic, is the largest in the world, with 18 million people from the country living outside their homeland in 2020, says a UN report.

• India’s large diaspora is distributed across a number of major countries of destination, with the UAE (3.5 million), the US (2.7 million) and Saudi Arabia (2.5 million) hosting the largest numbers of migrants from India.

Role of diasporas in the development of countries of origin

• Diasporas play an important role in the development of their countries of origin by promoting foreign investment, trade, innovation, access to technology and financial inclusion.

• Remittances sent by migrants also improve the livelihoods of families and communities in countries of origin through investments in education, health, sanitation, housing and other infrastructure.

• Returning migrants, in addition to bringing back the experience and knowledge acquired abroad, often contribute to their societies of origin as entrepreneurs and by creating jobs.

• Many countries, particularly low and middle-income countries, are increasingly seeking to leverage their transnational populations through the development of financial instruments and innovative financing mechanisms such as “diaspora bonds”, diaspora pension schemes and the securitization of remittance flows.

Difference between NRI, PIO and OCI

An NRI is an Indian who is a resident in a foreign country.

1) Who at any time held an Indian passport; or

2) Who or either of their parents/ grand parents/ great grandparents was born and permanently resident in India as defined in Government of India Act, 1935 and other territories that became part of India thereafter provided neither was at any time a citizen of any of the aforesaid countries ( as referred above); Or

3) Who is a spouse of a citizen of India or a PIO.

OCIs are entitled to a multipurpose, multiple entry, lifelong visa allowing them to visit India at any time, for any length of time and for any purpose. They are exempted from police reporting for any length of stay in the country. They have also been granted all rights in the economic, financial and education fields in parity with NRIs except, the right to acquisition of agricultural or plantation properties.