Explainer / Naming of a cyclone 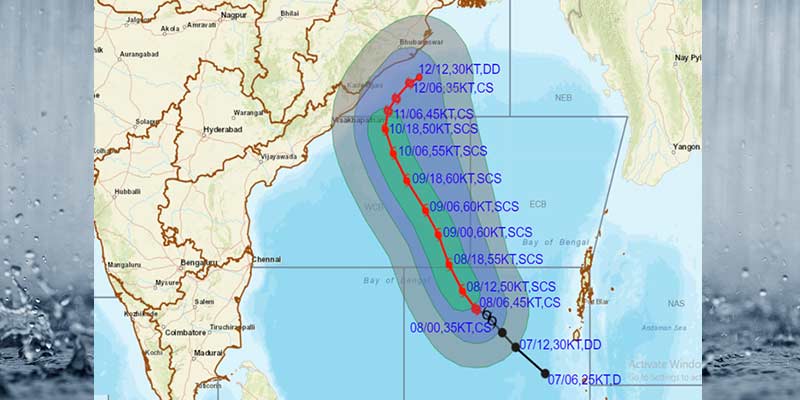 Cyclone Asani, formed over the southeast Bay of Bengal, further intensified into a severe cyclonic storm on May 8 as it moved northwestwards in the direction of north Andhra Pradesh-Odisha coasts.

Cyclone Asani was a name given by Sri Lanka that means 'wrath' in Sinhalese.

What is a tropical cyclone?

• A tropical cyclone is a rotational low-pressure system in tropics when the central pressure falls by 5 to 6 hPa (hectopascals) from the surrounding and maximum sustained wind speed reaches 34 knots (about 62 kmph).

• The word cyclone has been derived from the Greek word ‘cyclos’ which means ‘coiling of a snake’. The word cyclone was coined by Henry Piddington who worked as a rapporteur in Kolkata during British rule.

• Tropical cyclones are called hurricanes over the Atlantic Ocean and typhoons over the Pacific Ocean. 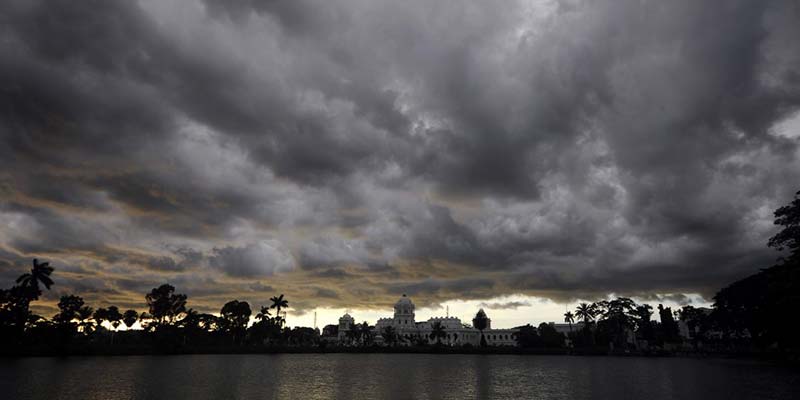 • Tropical cyclones are named to provide easy communication between forecasters and the public regarding forecasts, watches and warnings. Since the storms can often last a week or longer and that more than one can be occurring in the same basin at the same time, names can reduce the confusion about what storm is being described.

• In general, tropical cyclones are named according to the rules at regional level. In the Atlantic and in the Southern hemisphere (Indian ocean and South Pacific), tropical cyclones receive names in alphabetical order, and women and men’s names are alternated.

• In the beginning, storms were named arbitrarily. An Atlantic storm that ripped off the mast of a boat named Antje became known as Antje’s hurricane. Then the mid-1900’s saw the start of the practice of using feminine names for storms.

• In the pursuit of a more organised and efficient naming system, meteorologists later decided to identify storms using names from a list arranged alphabetically. Thus, a storm with a name which begins with A, like Anne, would be the first storm to occur in the year. Before the end of the 1900’s, forecasters started using male names for those forming in the Southern Hemisphere.

• Since 1953, Atlantic tropical storms have been named from lists originated by the National Hurricane Center. They are now maintained and updated by an international committee of the World Meteorological Organisation (WMO). The original name lists featured only women’s names. In 1979, men’s names were introduced and they alternate with the women’s names. Six lists are used in rotation. Thus, the 2019 list will be used again in 2025.

• Short and easy-to-pronounce names are helpful in rapidly and effectively disseminating detailed storm information between hundreds of scattered stations, coastal bases and ships at sea.

• It is less subject to error than the older and more cumbersome latitude-longitude identification methods.

• The India Meteorological Department (IMD) is one of the RSMCs and is tasked with giving a title to a cyclone that forms over the northern Indian Ocean when they have reached a maximum sustained surface wind speed of 62 kmph or more.

• The IMD provides cyclone and storm surge advisories to 13 countries across the north Indian Ocean.

• For cyclones in the Bay of Bengal and Arabian Sea, a naming system was agreed by countries of a group called World Meteorological Organisation/Economic and Social Commission for Asia and the Pacific (WMO/ESCAP) and took effect in 2004.

• The list is arranged according to the names, given by alphabetically-arranged counties, that are neutral to gender, politics, religious beliefs and cultures. It is used sequentially, column wise.

• The designation should not be present in the existing list of the six RSMCs. The name of a storm from the South China Sea that crosses Thailand and emerges into the Bay of Bengal will not be changed.

• Once a name is used, it will not be repeated again. The word, which can have a maximum of eight letters, should not be offensive to any member country or hurt the sentiments of any group of population.

• In 2020, a new list was released with 169 names, including 13 names each from 13 countries. Earlier, eight countries had given 64 designations.

• The cyclone that will form after Asani will be called Sitrang, a name given by Thailand.

• The names that will be used in the future include the likes of Ghurni, Probaho, Jhar and Murasu from India, Biparjoy (Bangladesh), Asif (Saudi Arabia), Diksam (Yemen) and Toofan (Iran) and Shakhti (Sri Lanka).