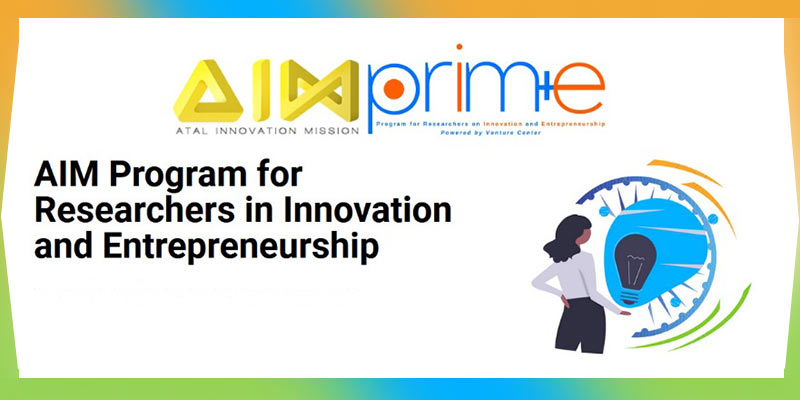 NITI Aayog Vice Chairperson Suman Bery launched ‘AIM-PRIME Playbook’. It marked the culmination of the nationwide AIM-PRIME programme, an initiative of Atal Innovation Mission (AIM), that is being implemented by Venture Center, Pune and is supported by the Bill & Melinda Gates Foundation and Office of Principal Scientific Advisor.

• Implemented by the Venture Center, the PRIME programme was aimed at promoting science-based, deep technology ideas to market, through training and guidance over a period of 12 months.

• The programme included several lectures and hands-on sessions on various topics related to the lab-to-market  journey. These lectures provide diverse and at times contradictory advice on several aspects of the journey.

• The first cohort of the AIM PRIME programme consisted of science-based startups, faculty entrepreneurs and incubator managers, where they worked on progressing their ideas by teaming up with an incubator.

• The cohort included 40 organisations and 64 participants, representing 23 different cities across seven states and represented a wide variety of science-based sectors, including industrial automation, Internet of Things (IoT), electronics, robotics, energy and environment, health and rehabilitation, and food, nutrition and agriculture.

• AIM-PRIME Playbook is synthesised based on the knowledge shared by these experts. It aims to be a comprehensive resource for academic researchers, entrepreneurs and incubators involved in building science-based enterprises from lab to market.

• Other benefits of the programme include the PRIME Library, a curated resource shared by the faculty and expert mentors associated with the programme, and the PRIME Videos, an open-access video collection of the lectures delivered as part of the PRIME Classroom.

What is Atal Innovation Mission (AIM)?