Explainer / What are NDCs? 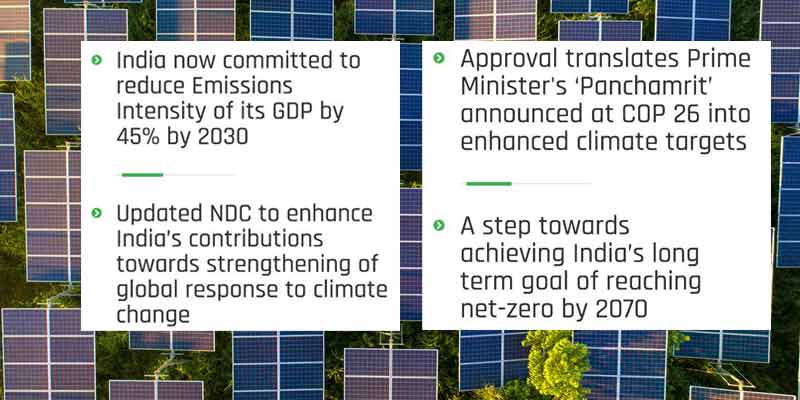 • The Paris Agreement has established a process by which countries increase their efforts to reduce emissions and increase resilience over time in an effort to achieve the long-term temperature goal of the Paris Agreement.

• Nationally Determined Contributions (NDCs) are at the heart of the Paris Agreement. They embody efforts by each country to reduce national emissions and adapt to the impacts of climate change.

• NDC means national plans and pledges made by a country to meet the goal of maintaining global temperature increases to well below 2°C above pre-industrial levels, while aiming for 1.5°C to avoid the worst impacts of climate change.

• They were agreed to by countries during the Climate Change Conference of the Parties (COP) in Paris in 2015.

• Each Party needs to prepare, communicate and maintain successive NDCs that it intends to achieve. Parties shall pursue domestic mitigation measures, with the aim of achieving the objectives of such contributions.

• Every five years countries are expected to review and enhance their NDCs and submit more ambitious actions to reduce greenhouse gas emissions.

• The plans define how to reach the targets, and elaborate systems to monitor and verify progress so it stays on track.

• The best NDCs aim high and reach far. Grounded in sound analysis and data, they help countries begin a transformative shift to development that is greener and more sustainable.

• Some countries now make links between NDCs and national development plans, including those to achieve the Sustainable Development Goals.

• Together, these climate actions determine whether the world achieves the long-term goals of the Paris Agreement. 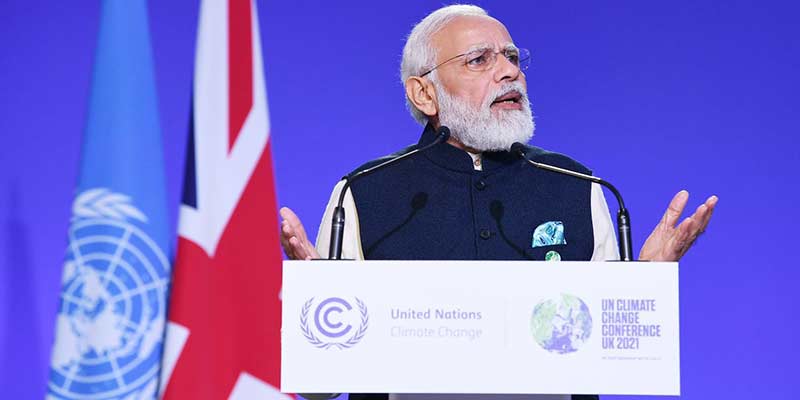 India had submitted its NDC to the United Nations Framework Convention on Climate Change (UNFCCC) on October 2, 2015. It comprised eight goals, of which three have quantitative targets up to 2030:

i) Cumulative electric power installed capacity from non-fossil sources to reach 40 per cent.

ii) Reduce the emissions intensity of GDP by 33 to 35 per cent compared to 2005 levels.

iii) Creation of additional carbon sink of 2.5 to 3 billion tonnes of CO2 equivalent through additional forest and tree cover.

• The updated NDC will be implemented over the 2021-2030 period through programmes and schemes of relevant ministries and departments and with support from states and Union Territories.

• According to the updated NDC, India now stands committed to reducing emissions intensity of its GDP by 45 per cent by 2030, from 2005 level, and achieving about 50 per cent cumulative electric power installed capacity from non-fossil fuel-based energy resources by 2030.

• To further a healthy and sustainable lifestyle, ‘Lifestyle for Environment’ (LIFE) as a key to combating climate change has been added to India’s NDC.

At the 26th session of the Conference of the Parties (COP26) of the UN Framework Convention on Climate Change (UNFCCC) last November, Modi presented Panchamrit of India’s climate action.

These five commitments are:

2) India will meet 50 percent of its energy requirements from renewable energy by 2030.

3) India will reduce the total projected carbon emissions by one billion tonnes from now on till 2030.

4) By 2030, India will reduce the carbon intensity of its economy by less than 45 per cent.

• The updated NDC seeks to enhance India’s contributions towards the achievement of the strengthening of global response to the threat of climate change, as agreed under the Paris Agreement.

• However, the updated NDC does not bind it to any sector-specific mitigation obligation or action.

• India’s updated NDC has been prepared after carefully considering our national circumstances and the principle of common but differentiated responsibilities and respective capabilities (CBDR-RC).

• The updated framework, together with many other initiatives of the government, including tax concessions and incentives such as Production Linked Incentive (PLI) scheme for promotion of manufacturing and adoption of renewable energy, will provide an opportunity for enhancing India’s manufacturing capabilities and enhancing exports.

• It will lead to an overall increase in green jobs such as in renewable energy, clean energy industries — in automotives, manufacturing of low emissions products like electric vehicles and super-efficient appliances, and innovative technologies such as green hydrogen, etc.

Explainer / What are NDCs?
COPY LINK