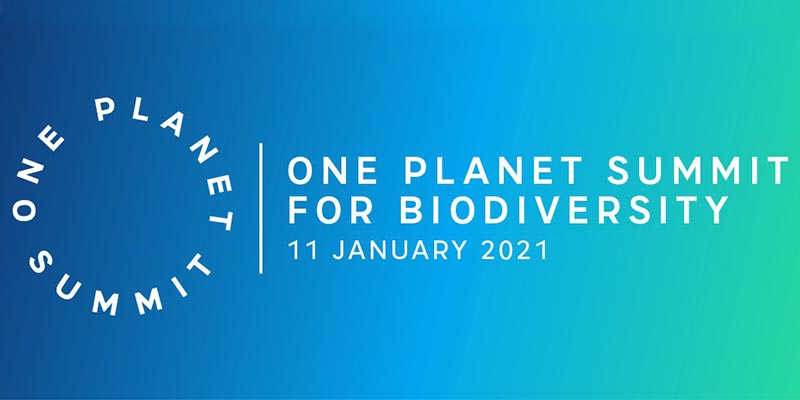 • France organised the ‘One Planet Summit’ for biodiversity in cooperation with the United Nations and the World Bank on January 11.

• A coalition of at least 50 countries have committed to protect 30 per cent of the planet, including land and sea, over the decade in efforts to halt species extinction and address climate change issues, during the global summit aimed at protecting the world's biodiversity.

• About 30 leaders, government officials and heads of international organisations participated in the summit, which was held virtually because of the coronavirus pandemic.

What is the significance of One Planet Summit?

• On December 12, 2017, two years after the historic Paris Agreement was concluded, France hosted One Planet Summit in Paris. The summit aimed at bringing new tangible responses to the mobilisation of the finance sector in the fight against climate change.

• With close to 4,000 participants, it brought together state and non-state actors such as the UN Secretary-General, the president of the World Bank, more than 50 heads of State and governments, representatives of the private sector, international organizations, local authorities and civil society.

• Ever since its inception in 2017, the One Planet Summit has been developing as a pledging platform, solutions that nurture our oceans, climate and biodiversity. Some 40 coalitions and very concrete initiatives have been created.

• An increasing number of economic stakeholders have undertaken specific, measurable commitments with a view to reduce their climate impact and protect the planet.

• A 2019 UN report on biodiversity showed that human activities are putting nature in more trouble now than at any other time in human history, with extinction looming over one  million species of plants and animals.

Highlights of the fourth edition of One Planet Summit

4) Identifying links between deforestation and the health of humans and animals.

French President Emmanuel Macron announced that the High Ambition Coalition for Nature and People, which was launched in 2019 by Costa Rica, France and Britain to set a target of protecting at least 30 per cent of the planet by 2030, has now been joined by 50 countries.

The summit launched a programme called PREZODE which Macron presented as an unprecedented international initiative to prevent the emergence of zoonotic diseases and pandemics, which is already mobilizing over 400 researchers and experts across the world. 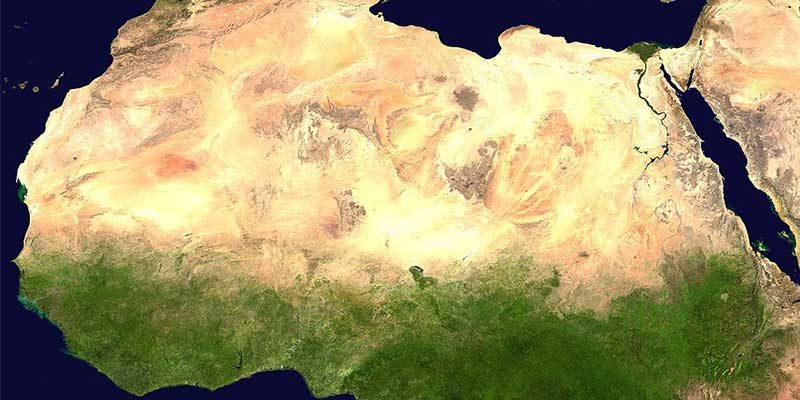 A side conference focused on investment for Africa’s Great Green Wall project, which involves gigantic efforts to stop the Sahara Desert from spreading further south. Launched in 2007, it aims to plant an arc of trees running 8,000 kilometers across Africa — from Senegal along the Atlantic all the way to Djibouti on the Gulf of Aden. Once complete, the Wall will be the largest living structure on the planet, a natural wonder of the world stretching across the entire width of the continent.

The World Bank said it would invest over $5 billion over the next five years to help restore degraded landscapes, improve agriculture productivity, and promote livelihoods in 11 African countries as they recover from the COVID-19 pandemic. The money will fund interventions in agriculture, water, community development, food security, resilient infrastructure, landscape restoration, and renewable energy. The funds would benefit countries in the Sahel region, Lake Chad and Horn of Africa. 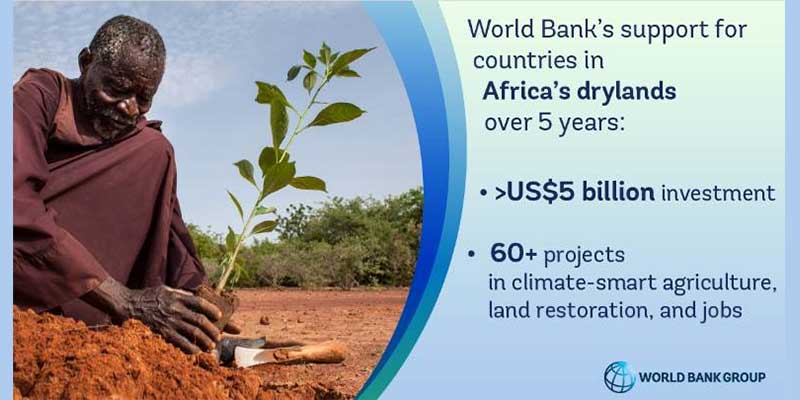 UN chief António Guterres stressed that according to the World Economic Forum, emerging business opportunities across nature could create 191 million jobs by 2030.

The event, organised by France, the United Nations and the World Bank, took place in the absence of top officials from the United States, as President-elect Joe Biden, a strong proponent of climate issues, does not take office until January 20. Other notable absences included the leaders of Russia, India and Brazil.

Notes
High Ambition Coalition for Nature and People, The High Ambition Coalition (HAC) for Nature and People is an inter-governmental group of countries co-chaired by Costa Rica and France and by the United Kingdom as Ocean co-chair, championing a global deal for nature and people that can halt the accelerating loss of species, and protect vital ecosystems that are the source of our economic security.
agroecology, Agroecology is a scientific discipline, a set of practices and a social movement. As a science, it studies how different components of the agroecosystem interact. As a set of practices, it seeks sustainable farming systems that optimize and stabilize yields. As a social movement, it pursues multifunctional roles for agriculture, promotes social justice, nurtures identity and culture, and strengthens the economic viability of rural areas.
Related Topics
RELATED STORIES