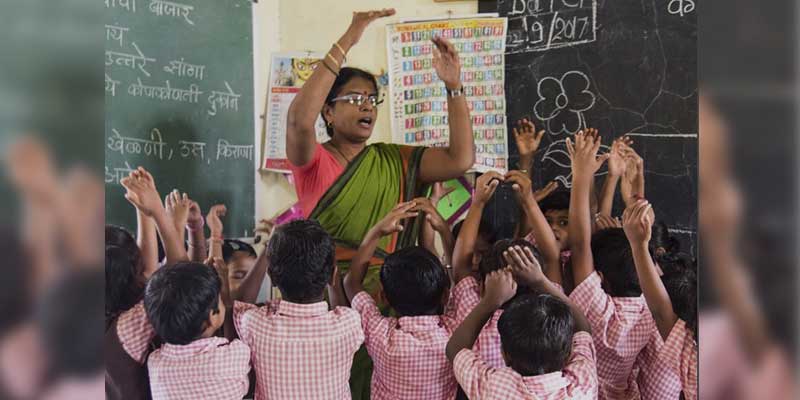 • The Economic Advisory Council to the Prime Minister (EAC-PM) released the report on the ‘State of Foundational Literacy and Numeracy in India’.

• West Bengal topped the chart in the ‘Large States’ category on the ‘Index on Foundational Literacy and Numeracy’.

• In the ‘Small States’ category, Kerala grabbed the top spot.

• Lakshadweep and Mizoram are top-scoring regions in the Union Territories  and Northeast States categories, respectively.

What is meant by Foundational Literacy and Numeracy?

• It is the ability to read and understand a basic text and perform simple mathematical calculations by end of Grade 3.

• This becomes the foundation for all future learning upon which other skills are built.

• National Education Policy (2020) accords the highest importance to the achievement of Foundational Literacy and Numeracy.

• In the schooling system, Foundational Literacy and Numeracy refers to the education of a child between 3-8 years of age. This essentially includes the initial three years of pre-school, followed by early primary education up to Grade 2, as per the National Education Policy (NEP 2020). 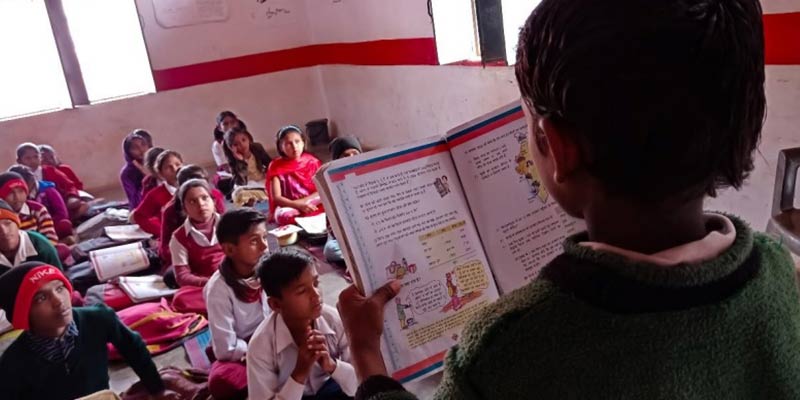 • Research indicates that 90 per cent of a child’s brain development happens by five years of age. Hence, focus on early education years becomes one of the most important indicators of productive and efficient human capital.

• Children who do not learn to read with understanding in the foundational years find themselves unable to pick it up in the subsequent years. Popular literature uses the term ‘Matthew Effect’ to highlight that once children fall behind, they tend to keep falling behind.

• The gap between the children who struggle with reading in the initial years with those who do not keeps getting wider and wider. This is because the children who gain foundational skills faster, feel motivated to read more and learn more.

• Even after 74 years of Independence, a huge percentage of primary grade school children are unable to read and understand a simple text or perform simple calculations by end of Grade 5.

• Increased investment in foundational years leads to both economic and social gains. While on the one hand, it increases dividends in terms of higher income earning capacity and higher productivity, it also helps reduce the cost of health, and crime. Additionally, acting as a great equaliser, it helps reduce the differences in socio-economic background of the children and brings them at an equal footing.

• The Cost-Benefit Analysis shows that an investment in Foundational Literacy and Numeracy for each cohort in India can lead to gains in GDP by as much as 7.39 per cent. Improvement in FLN thus has the potential to be a gamechanger for India. If done well, it can help the economy ride new highs of development. 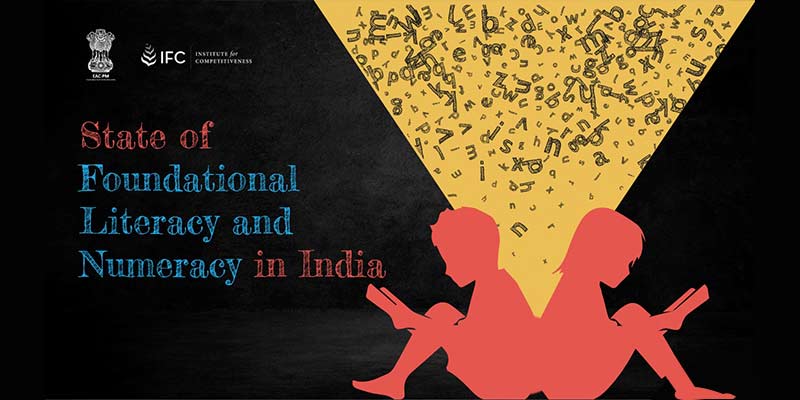 How was the report prepared?

• The Index on Foundational Literacy and Numeracy is a first step in establishing an understanding of the overall state of foundational learning across children aged below ten years in India.

• These pillar-wise analyses will help states assess the state of the budgetary measures, steps needed to improve the status of FLN and identify existing gaps that obstruct their growth.

• The methodology adopted to assign weights in the index is Principal component analysis (PCA).

• Given the distinct levels of development of states across India and their varying population size, states were categorised into different tiers to help bring forth better analysis.

• There are four categories in which regions have been divided — Large States, Small States, Union Territories and Northeast.

Key findings of the report:

• Lakshadweep (52.69) and Mizoram (51.64) are top-scoring regions in Union Territory and Northeast States categories.

• Out of the five pillars, it has been observed that states have performed particularly worse in governance. More than 50 per cent of the states have scored below the national average (28.05), the lowest across all pillars.

• There is a huge gap between Kerala and the rest of the states in the Index on Foundational Literacy and Numeracy scores. This vast variation is observed in the learning outcomes and educational infrastructure, which necessitates immediate attention for the rest of the country.

• The need of the hour is to allocate adequate budgetary resources and funds to improve quality education.

• To ensure success in higher grades, we would need to focus at the right ‘beginning’ through quality preschool education. This would require setting up a two-anganwadi worker model, with one anganwadi worker dedicated to the ‘education’ component, supported by adequate resources and quality training.

• The obsolete curriculum and textbooks for early grades need to be quickly replaced by quality material based on the balanced literacy approach as recommended by the NIPUN Bharat guidelines.

• Capacitating both teachers and teacher mentors would be extremely critical. The need is also to focus on data driven policy and practice.