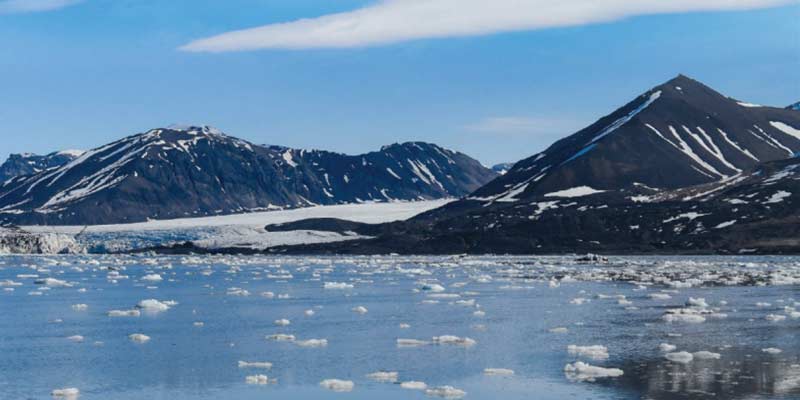 India unveiled its Arctic policy that seeks to deepen the country’s partnership with the resource-rich region.

The policy, titled ‘India and the Arctic: Building a Partnership For Sustainable Development” was unveiled by Earth Sciences Minister Jitendra Singh. 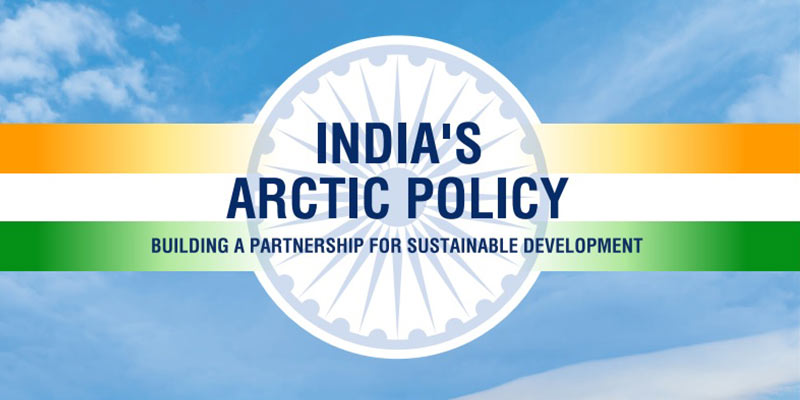 India’s interests in the Arctic

• The Arctic is commonly understood to refer to the region above the Arctic Circle, which includes the Arctic Ocean with the North Pole at its centre.

• The Arctic is home to almost four million inhabitants, of which approximately one-tenth are considered as indigenous people.

• The region holds immense geopolitical importance as the Arctic is projected to be ice-free by 2050 and world powers making a beeline to exploit the region rich in natural resources. Besides metals and minerals, the region is also known to have huge oil reserves and is expected to emerge as a key sea transport lane in the future.

• India has been actively participating in meetings of senior officials and contributing to the six working groups of the Arctic Council. India has also engaged with the Arctic Energy Summit, Arctic Science Ministerial and meetings of task forces.

• India’s interests in the Arctic are scientific, environmental, economic as well as strategic.

• The vulnerability of the Arctic to unprecedented changes in the climate is manifested by the loss of sea ice, ice caps and warming of the ocean and atmosphere. It will lead to lowering of salinity levels, rising temperature differential between land and oceans in the tropical regions, drying of subtropical areas and increase in precipitation at higher latitudes.

• India is particularly impacted due to the likely effect of these changes on critical aspects of national development, such as economic security, water security and sustainability, weather conditions and monsoon patterns, coastal erosion and glacial melting.

• Indian agriculture is heavily dependent on the monsoons as it receives around 70 per cent of its annual rainfall during this season.

• A good monsoon is critical for India’s food security and the well-being of its vast rural sector. The yield of staple summer crops such as rice, pulses and soybeans, which account for almost 50 per cent of India’s food output, are dependent upon the precipitation during this period.

• Changes in the Arctic can be highly disruptive for national development and maritime features.

• Arctic research will help India’s scientific community to study melting rates of the third pole — the Himalayan glaciers, which are endowed with the largest freshwater reserves in the world outside the geographic poles.

India’s scientific endeavours in the Arctic

• India’s engagement with the Arctic began in February 1920, when it signed the Svalbard Treaty in Paris.

• Subsequently, the Indian research station ‘Himadri’ in the international Arctic research base at Ny-Ålesund in Spitsbergen, Svalbard, Norway was dedicated to the nation in 2008.

• IndArc, the country’s first multi-sensor moored observatory was deployed in Kongsfjorden in 2014.

• In 2016, India’s northernmost atmospheric laboratory was established at Gruvebadet. The laboratory is equipped with several instruments that can study clouds, precipitation, long-range pollutants, and other background atmospheric parameters.

• Indian researchers are monitoring arctic glaciers for their mass balance, comparing them with glaciers in the Himalayan region.

• The country’s association with the Arctic is part of its overall polar programme which includes activities in the Arctic, Antarctic, Southern Ocean and the Himalayas.

• The scientific engagement with the Antarctic has grown manifold during the last four decades. India is a part of the Antarctic Treaty System, Scientific Committee on Antarctic Research, Council of Managers of National Antarctic Programs and Commission for the Conservation of Antarctic Marine Living Resources.

• In the Arctic, India is a member of the Ny-Ålesund Science Managers Committee (NySMAC), the International Arctic Science Committee, University of Arctic and Asian Forum for Polar Sciences.

• India’s focus on cryospheric research has assisted in increasing the understanding of the Arctic. India has also been actively involved in the Arctic oceanographic, atmospheric, pollutant and microbiology related studies. Over 25 institutes and universities are currently involved in Arctic research in India.

• India’s Arctic station Himadri is presently manned for about 180 days a year. Since its establishment, over three hundred Indian researchers have worked in the station.

• India has sent 13 expeditions to the Arctic since 2007 and runs 23 active projects.

• The National Centre for Polar and Ocean Research (NCPOR), under the ministry of earth sciences, is the nodal agency for India’s polar research programme, which includes Arctic studies. 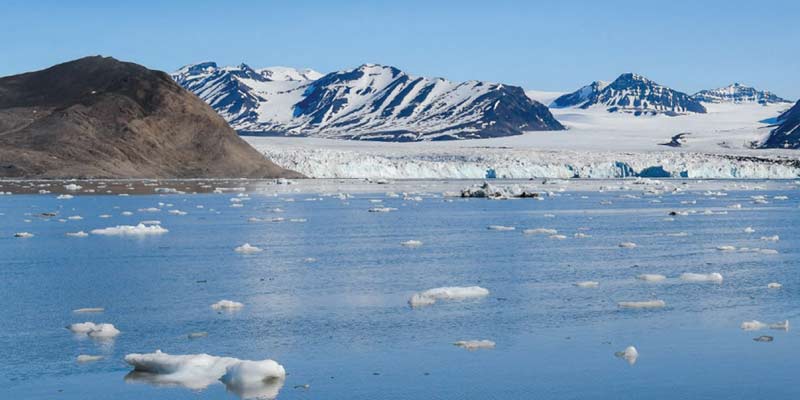 The policy shall be implemented through an Action Plan and an implementation and review mechanism involving the inter-ministerial Empowered Arctic Policy Group. The implementation will involve all stakeholders including academia, research community, business and industry.

• Strengthening national capabilities and competencies in science and exploration, climate and environmental protection, maritime and economic cooperation with the Arctic region.

• Institutional and human resource capacities will be strengthened within Government and academic, research and business institutions.

• Inter-ministerial coordination in pursuit of India’s interests in the Arctic.

• Enhancing understanding of the impact of climate change in the Arctic on India’s climate, economic and energy security.

• Contributing better analysis, prediction, and coordinated policymaking on the implications of ice melting in the Arctic on India’s economic, military and strategic interests related to global shipping routes, energy security, and exploitation of mineral wealth.

• Studying linkages between polar regions and the Himalayas.

• Deepen cooperation between India and countries of the Arctic region under various Arctic forums, drawing expertise from scientific and traditional knowledge.

• Increase India’s participation in the Arctic Council and improve understanding of the complex governance structures in the Arctic, relevant international laws, and geopolitics of the region.