Yoon Suk-yeol to be the next President of South Korea 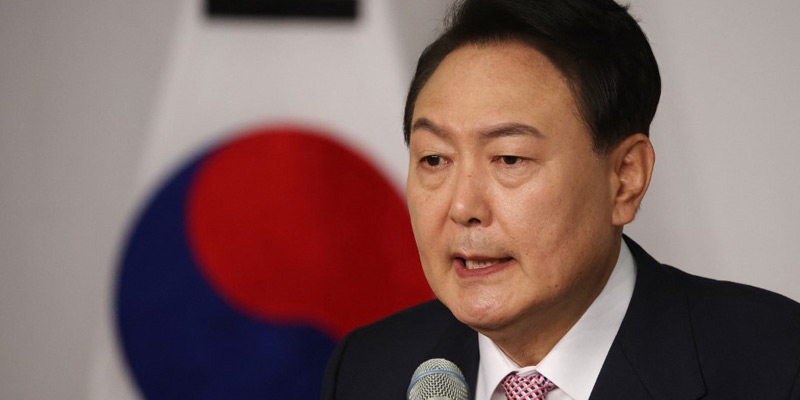 • More than 77 per cent of South Korea’s 44 million eligible voters cast ballots to pick their next leader on March 9, despite a record surge in new COVID-19 cases.

• Yoon, who ran on the ticket of the main opposition People Power Party, had previously served as Moon’s prosecutor general. But he left the Moon government and joined the opposition last year after high-profile infighting over his investigations on some of Moon’s allies.

• Yoon’s victory in the election marks a stunning turnaround for the main conservative bloc which has regrouped since the 2017 snap election after the impeachment and ouster of then President Park Geun-hye.

• Yoon has pledged to stamp out graft, foster justice and create a more level economic playing field, while seeking a “reset” with China and a tougher stance towards reclusive North Korea.

• He faces the challenge of uniting a country of 52 million driven by gender and generational divisions, growing inequality and surging home prices.

• The White House congratulated Yoon, saying US President Joe Biden looked forward to working closely with him to bolster the alliance.

• Yoon, whose single five-year term is to begin in May, said during his campaigning he would make a boosted alliance with the US the center of his foreign policy. He has accused outgoing liberal President Moon of tilting toward North Korea and China and away from the US.

• The new president will likely face an almost immediate crisis with North Korea, which appears to be preparing to launch a spy satellite and has suggested it could resume testing of long-range intercontinental ballistic missiles or nuclear weapons for the first time since 2017.

• Yoon has vowed to forge even closer ties with the US, in the face of increased missile activity by North Korea and competition with China, which is the South’s largest trading partner.

• Moon, the departing South Korean president, has pushed hard to broker denuclearisation deals between Pyongyang and Washington and once helped arrange a summit between North Korean leader Kim Jong-un and then-US President Donald Trump in 2018. But the US-North Korea diplomacy eventually collapsed due to disputes over US-led sanctions on the North.

• Japanese Prime Minister Fumio Kishida welcomed Yoon’s win, and said he hoped to work closely with him to rebuild healthier ties with its neighbour amid tensions over historic and economic disputes dating to Japan’s 1910-1945 occupation of Korea.

• The two countries are both key US allies and closely linked to each other economically and culturally, but their relations sank to post-war lows during Moon’s presidency over disputes related to Japan’s 1910-45 colonisation of the Korean Peninsula.

• Relations between Tokyo and Seoul deteriorated after South Korean court rulings ordered Japanese companies to pay reparations to Korean labourers over their abuses during World War II. Another sticking point is Korean comfort women who were sexually abused by Japan’s wartime military occupation. 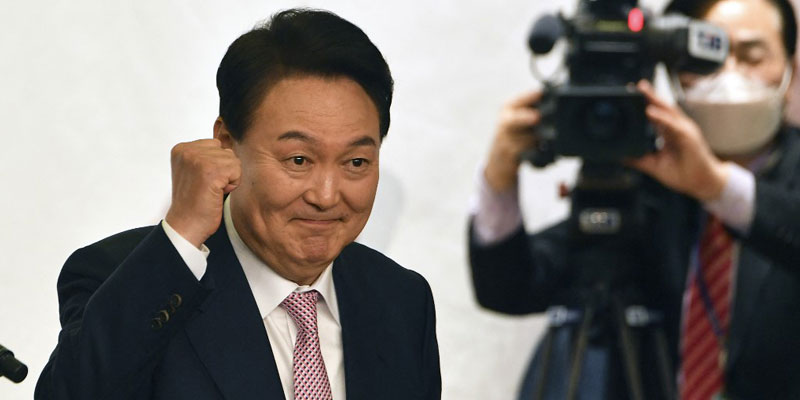 • India-Republic of Korea (RoK) relations has made great strides in recent years and has become truly multidimensional, spurred by a significant convergence of interests, mutual goodwill and high level exchanges.

• Bilateral consular relations were established in 1962 which was upgraded to ambassador-level in 1973.

• India played an important and positive role in Korean affairs after Korea’s independence in 1945. K.P.S. Menon was the chairman of the nine-member UN Commission set up in 1947 to hold elections in Korea. During the Korean War (1950-53), both the warring sides accepted a resolution sponsored by India, and the ceasefire was declared on July 27, 1953.

• Lt. General K.S. Thimayya of India, served as the chairman of the Neutral Nations Repatriation Commission (NNRC), after the armistice and contributed to resolving the humanitarian issues arising out of the War, which won appreciation from all quarters.

• Both the countries implemented the Comprehensive Economic Partnership Agreement (CEPA), a kind of free-trade pact, in January 2010.

• Trade and economic relations gathered momentum following the implementation of CEPA in 2010.

• In May 2015, the bilateral relationship was upgraded to ‘Special Strategic Partnership’.

• India and South Korea launched an initiative ‘Korea Plus’, as proposed by PM Modi in June 2016 in India to promote and facilitate Korean Investments in India.